Adjustment of Status on the Visa Waiver Program (VWP)

Prior to 2009, spouses, parents and children of US Citizens who entered the US on the visa waiver program (VWP) could safely apply for a green card in the US via adjustment of status, even if the authorized period of stay (typically 90 days) had expired. In fact, applicants who had overstayed the VWP for years were routinely issued green card through adjustment of status, especially spouses. The ability to adjust status in the US was particularly useful for those who would otherwise have a 10 year bar to re-entry if they were to return home to finish the green card processing.

Starting in 2009, many USCIS local officers began refusing adjustment of status applications for immediate relatives who had overstayed the VWP program. In addition, many of the applicants would then be deported. Although Los Angeles immigration lawyers did not experience this type of treatment at the LA USCIS office, many applicants who were interviewed through San Diego were rounded up and sent home. 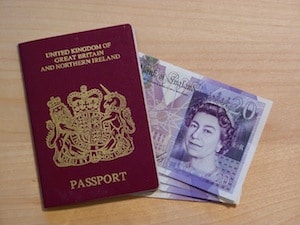 Thankfully, the practice of automatic denial and deportation for visa waiver program adjustment of status applicants has ended. In April 2011, USCIS headquarters issued guidance to local offices instructing them to, once again, handle visa waiver program overstays exactly as they would handle overstays on other types of non-immigrant visas — approve those that are otherwise qualified, unless the applicant already has a removal order.

WARNING: USCIS in San Diego will still only approve VWP overstay cases where the applicant can show a “good reason” for overstaying the visa.