As an immigration lawyer, the ability to quickly access information from USCIS is vital to my job. Although their website does offer valuable information such as which version of immigration forms have been retired, the current filing fees and general processing times, an immigration lawyer often needs information about a specific case. Sometimes we can access certain case-specific information on the USCIS website, but the most we are going to discover there is what stage of the process was last updated in the computer. I often receive approvals for cases weeks before the website indicates approval, if it ever does. 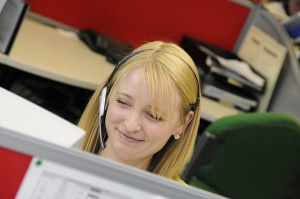 Although an immigration lawyer, especially those who belong to AILA, has access to many information sources not accessible to the general public, we still need to follow guidelines for accessing information on cases pending at USCIS. As a general rule, we must all start with contacting USCIS through their 800 number. In the past, getting significant assistance through this number had been a frustrating and time-consuming process.

Up until a month ago, when an immigration lawyer called USCIS her call was answered by a very low level customer service representative who read directly from a script. Any attempt to bypass this interaction and request help from an immigration officer was met with resistance, followed by the rep picking up where they left off or (when my luck was really bad) starting from an earlier point in the script. First the rep needed to ask whether I was a customer, employer or immigration lawyer. When I said “immigration lawyer”, they would inevitably want to then confirm that I was not an employer. No, I’m not a customer either. Once you convinced the rep that you were, in fact, an immigration lawyer (as opposed to a customer or employer) they would then request information specific to the case. When they were done looking the case up, and having you describe why you were calling, they would tell you that they were transferring you to an officer. Once you got to the officer, you would have to explain your situation all over again.

Last quarter USCIS solicited feedback about how calls were being handled by the 800 number. Given that my view of the 800 process had been shared by many of my colleagues, I can just imagine the kind of responses the request generated. Well, it must have worked. Last week I called the 800 number and was shocked to discover that there was a menu option for immigration lawyers that, if chosen, would lead you directly to an immigration officer — the only people authorized to provide most of the case-specific information that I need. Not only did I save time by avoiding the first-tier rep and his awful script, but I was also able to avoid the stress that often stemmed from the interaction. Bravo, USCIS!