Given the popularity of study abroad programs, online dating and gaming websites, it is no surprise that more and more Americans are finding their spouses outside the US. A fiance visa is a great way to bring your foreign boyfriend (fiancee) or girlfriend (fiance) to the United States in order to get married. After marriage, your new wife or husband will be able to permanently immigrate to America by applying for a green card (lawful permanent residence) without having to leave the US again. 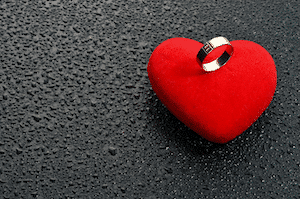 In general, most non-immigrant visas, such as tourist visas, do not allow the bearer to remain in the US permanently. However, the fiance visa (or K1 visa) was developed with the express purpose of allowing a non-immigrant to enter the country for the purpose of marrying a US citizen and obtaining permanent residence.  In order to qualify for a fiance visa, the couple must intend to marry within 90 days of the foreign national’s arrival in the US. Further, they must have physically seen each other within the two years prior to submitting the fiancee visa application, either outside or inside the US. Finally, both parties must be eligible to marry by meeting the age requirements and showing proof that any former marriages ended in divorce, annulment or death.  Note: During the consular processing portion of the fiance visa process, the consulate will require the US citizen fiancee to file evidence of his or her ability to support the foreign national on form I-134. Many consulates require the petitioner to have income at or above the poverty level for his or her family size. An immigration attorney can help evaluate your eligibility for sponsoring a foreign fiance before you even start the process (immigration attorney fees for fiance visas).

The fiance visa process is intended to be faster than obtaining a normal marriage visa. First, the US citizen fiancee files form I-129f with the USCIS office that handles applications from his or her state. The I-129f petition requires, among other things, a statement from the American citizen as to how the couple met within the past two years, as well as submission of evidence of the meeting. An immigration attorney can help prepare the petition quickly and accurately in order to avoid lengthy processing delays caused by incomplete information or poorly executed petitions, which often result in an RFE (request for evidence).

Once the initial has been approved, the National Visa Center (NVC) will forward the information to the US Embassy or Consulate that handles fiance visas for the country where the fiance lives. The fiancee will receive notification from the Embassy that visa processing can begin, as well as instructions for completing a medical exam and obtaining police record clearance.  A complete background check will be initiated. The fiancee will be scheduled for a consular interview and, if approved, will receive the K1 fiance visa up to several days or weeks later. The fiance is typically required to move to the US within six moths or less.

Part III: Enter the US and apply for green card after marriage

Once the fiance marries the petitioning US citizen within 90 days of entering the US, he or she can complete the immigration process by applying for adjustment of status and obtaining a green card.