Unless you’ve been living under a rock you’ve heard that certain undocumented individuals may be able to apply for the right to stay and work in the US for a limited period of time. Below are some facts to help you understand the Deferred Action process.

WHAT is Deferred Action for Dreamers 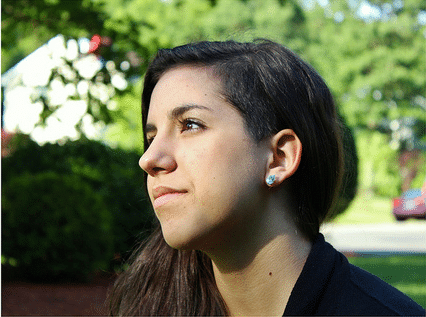 In the vast majority of cases, people who are in the US without authorization are deportable. However, given the sheer number of deportable people and the cost of deporting someone, government lawyers (“prosecutors”) must pick and choose who to drag into deportation court. It is said that they use their “discretion” when making the decision and are supposed to focus first on criminals. Simply put, Deferred Action for Dreamers is a blanket discretionary decision to not bring deportation proceedings against a certain class of people for a specific amount of time. It’s like when a judge decides to put someone on probation instead of throwing her in jail, when both options are open to him.

In rationing our tax dollars to deport only the worst among the undocumented, the Obama Administration has decided that people who were brought to the US as children are the least culpable on the scale of immigration violators. In essence, Obama has directed the immigration-related agencies under his control to not only refuse to deport those young people already in deportation proceedings, but also allow other people to request a decision on a hypothetical deportation case that has not happened yet (an offensive measure). The benefit to this offensive request is that the applicant will no longer have to look over her shoulder waiting to be picked up by deportation officers and will also be given the chance to work legally while she’s here.  The decision can be revoked at any time and, at the end of two years, prosecutors get to decide again whether someone should be deported.

What ISN’T Deferred Action for Dreamers?

Unlike the idea behind the Dream Act itself, Deferred Action for Dreamers does not give someone a path to obtaining the right to permanently live and work in the US. It is a temporary measure that must be renewed after two years. Although certain applicants will be given the right to work, it remains unclear wether they also will be eligible to drive, travel outside the US or attend college. In essence, it puts Dreamers into a holding pattern until a path to legal status comes along (if it ever does).

It is also important to note that Deferred Action is a discretionary program. That means the US government gets to pick and choose who they approve for the program. Denials will happen. Some denials may even turn into a request to appear for deportation proceedings and, eventually, deportation itself.

WHY Deferred Action for Dreamers?

Millions of people are currently in the United States without authorization. Some entered legally but fell out of status. Others entered (or were brought in) without a valid visa, often not even passing through a border post. What to do about the immigration “problem” has been a hot topic in the United States for years. Meanwhile, millions of people are faced with the choice of either staying in the US without the ability to legally work, travel, drive or even go to school or return to a place that they do not consider home. For those brought here as children, the situation is even more heartbreaking as there really is nothing to go “home” to.

The DREAM Act has been floating around for about a decade now. If passed, the law would allow certain people who entered the US as children to attain legal status. It excludes only those who have serious criminal histories or did not stay in school. Since it really is a form of amnesty, the DREAM Act has hard core opponents who, up until now, have been able to thwart its passage. The DREAM Act has still not been made law. Deferred Action is not the DREAM Act.

It’s a myth that the President controls the US government. He may control the way some laws are implemented and carried out, but Congress really has the power. Since Congress has not yet authorized the DREAM Act, Obama can only try to implement it by using policy initiatives. In practice, he simply asks his employees at USCIS, ICE and other immigration-related agencies to not be so strict in applying the law and to make exceptions for certain cases (i.e. don’t deport everyone who could be deported). Deferred Action for Dreamers is one such request. Although it certainly has the ability to change the lives of young people in the US, it is not immigration reform and as a policy can be retracted at any moment.